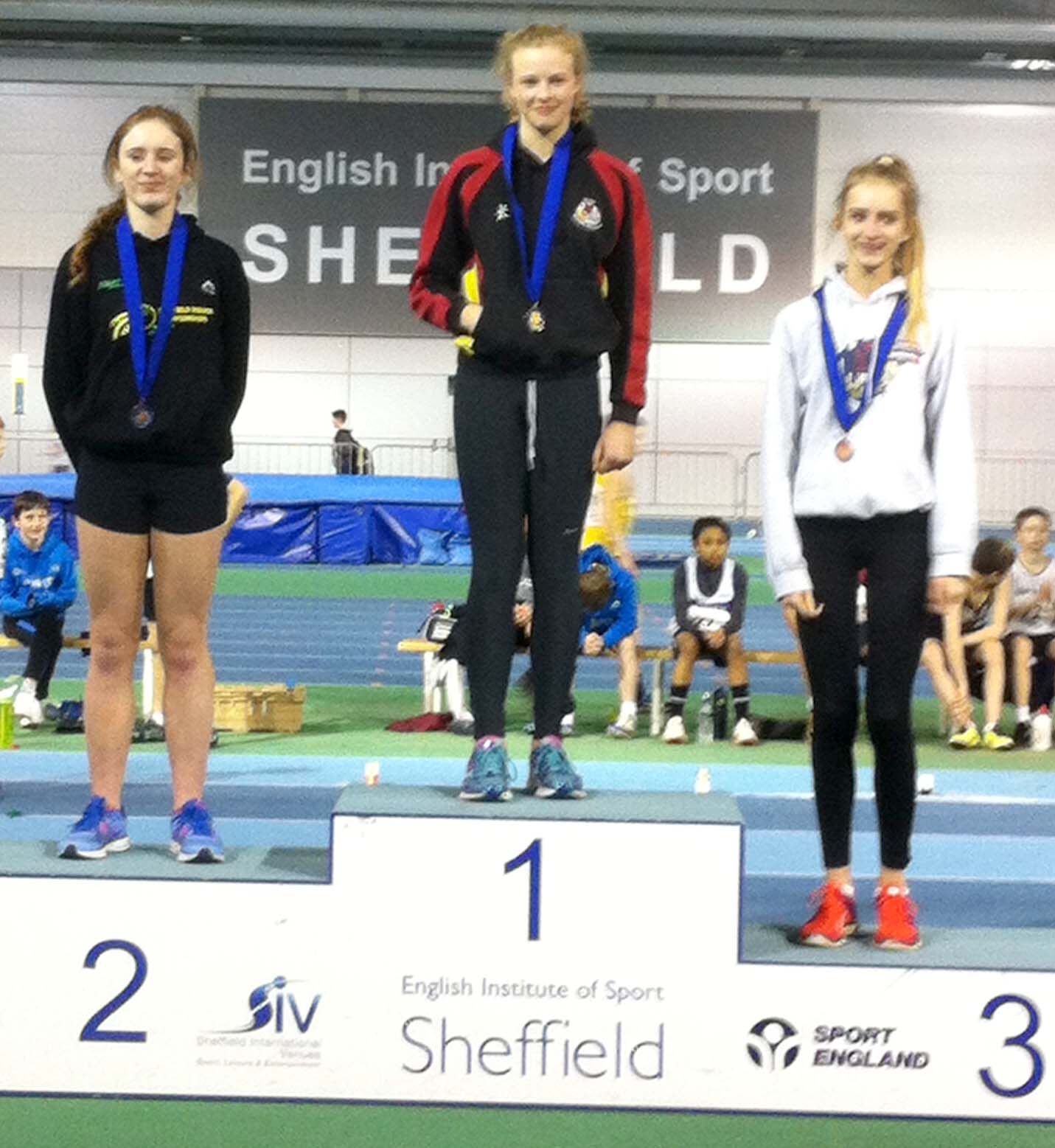 SHILDON RUNNING and Athletics club’s “Sprint Squad” have enjoyed a memorable winter season as Newtonian  Rachel Bennett (12 yrs old) and  Kyle Walton (13 yrs old)  excelled during successful Indoor campaigns.
On February 1st the pair travelled to Sheffield’s E.I.S arena for the North of England Indoor Championships which is contested by athletes from Derbyshire up to Northumberland and from Hull to Liverpool. Rachel won all 3 of her races in impressive style to be crowned U15 girls 60m sprint champion in a new pb and club record of 7.96s. Kyle also competed in the 60m sprint (U15b) and after coming through heats and a semi final, recorded a new pb of 7.71s (club record) in the final to take home the bronze medal.
Next on February 15th,the pair tackled the North East Counties Indoor Championships and once again found themselves amongst the medals. Rachel once again easily came through a heat and semi final to set up a titanic tussle with the U.K no.2 ranked athlete from Gateshead Harriers. In the final a devasting drive phase took Rachel clear of her rival to finish in 7.96s and add the North East counties title to her North of England crown. Kyle finished 3rd in the 60m final in a time that was just outside of his lifetime best .
Finally our dynamic duo headed once again to the E.I.S Arena in Sheffied for the English National age group Championships. Again contesting the 60m against older and more experienced competitors the pair were never fazed. 12yr old Rachel Bennett was looking to add to both her Under 15 girls 60m Northern and North East Championship titles and showed good intentions by winning her heat in 7.96 seconds equalling her PB and club record. The semi final proved a more difficult race with a photo finish required to separate a number of athletes with Rachel producing another good performance to be given 2nd place in 7.98 seconds. In a very competitive final, Rachel started slowly but managed to recover to finish 6th in a close race which saw 4 athletes (3rd to 6th place) finish in 8.1s. Meanwhile Kyle qualified from his heat in a new pb of 6.64s, then improved his pb further to 6.60s in the semi- final to finish in an automatic qualifing position. In the final Kyle got away well only for his older and more powerful competitors to come back strongly in the final 30m. At  the finish Kyle had equalled his pb to finish 6th in 6.60s.
Rachel is currently ranked inside the U.K top 10 and with another year in the age group will harbour ambitions of a National title in the near future though her more immediate focus will be on the English Schools competition in July.Kyle’s pb has given him a U.K ranking of no.22 and with many of the athletes ranked above him moving up to the u17 age group next year Kyle has vowed to return in 2016 with the aim of securing a national medal and climb the u.k rankings! However his more immediate aim is to qualify for the English Schools finals in July where he hopes to contest the 100m and progress as far as possible in the competition.
A club spokesman said – February has been a fantastic month for both Kyle and Rachel who are competing at the lower end of the U15 age group against older and more experienced athletes. They have exceeded all expectations in achieving the above results at 3 major indoor Championships in the space of a month. Both should be proud of their achievements and take inspiration from these exceptional performances as they now prepare to compete in the outdoor season. 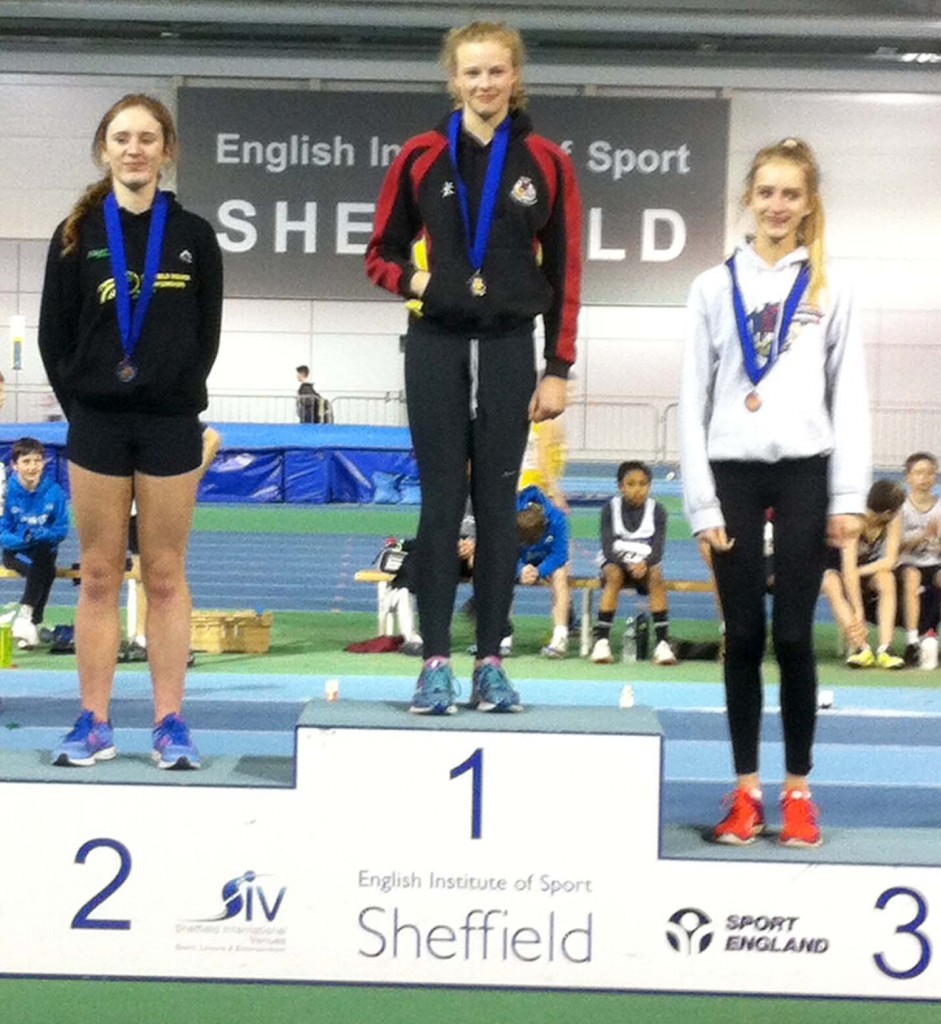 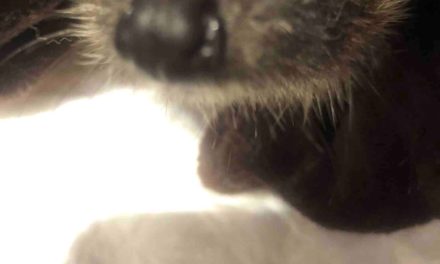 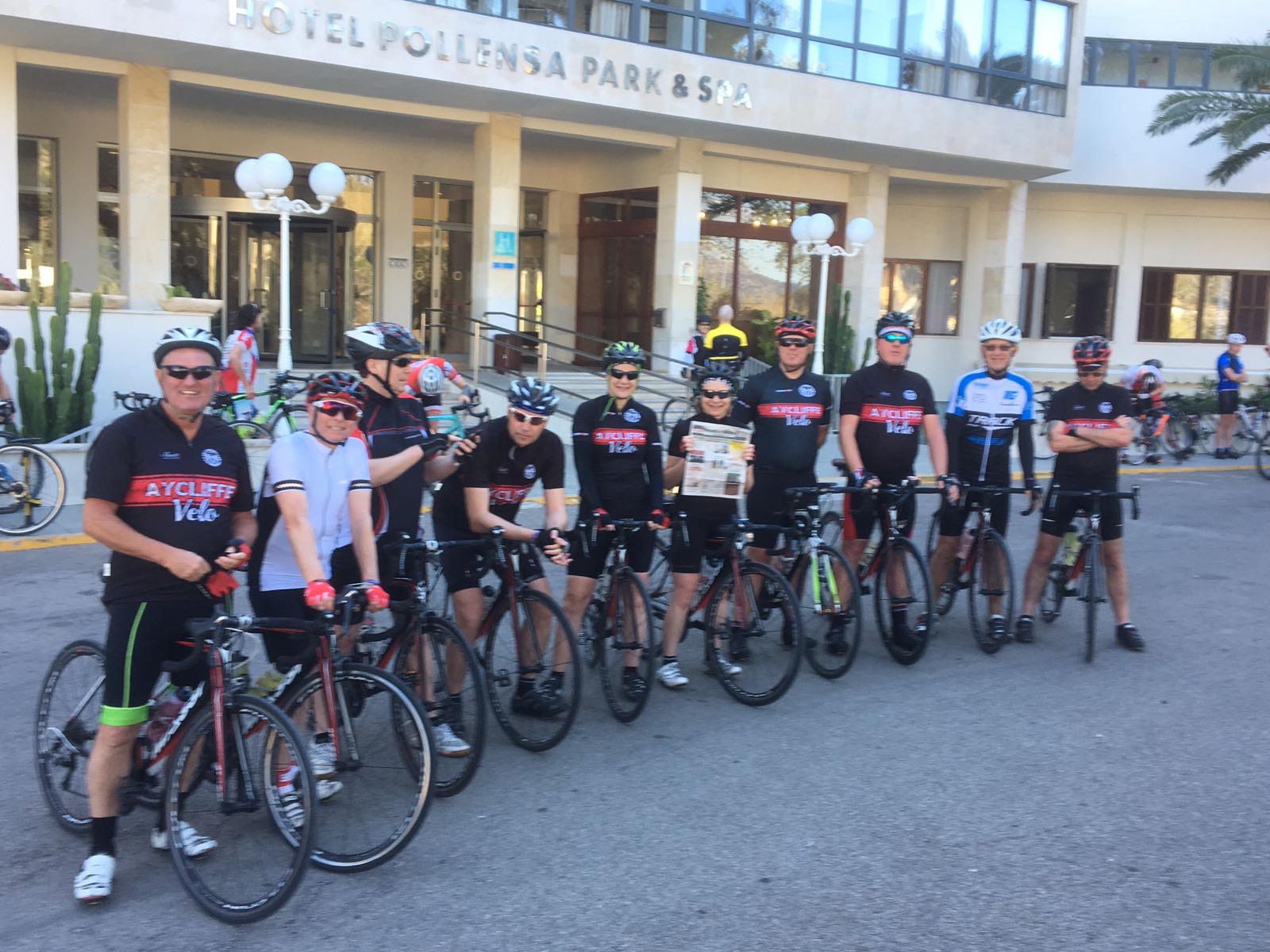