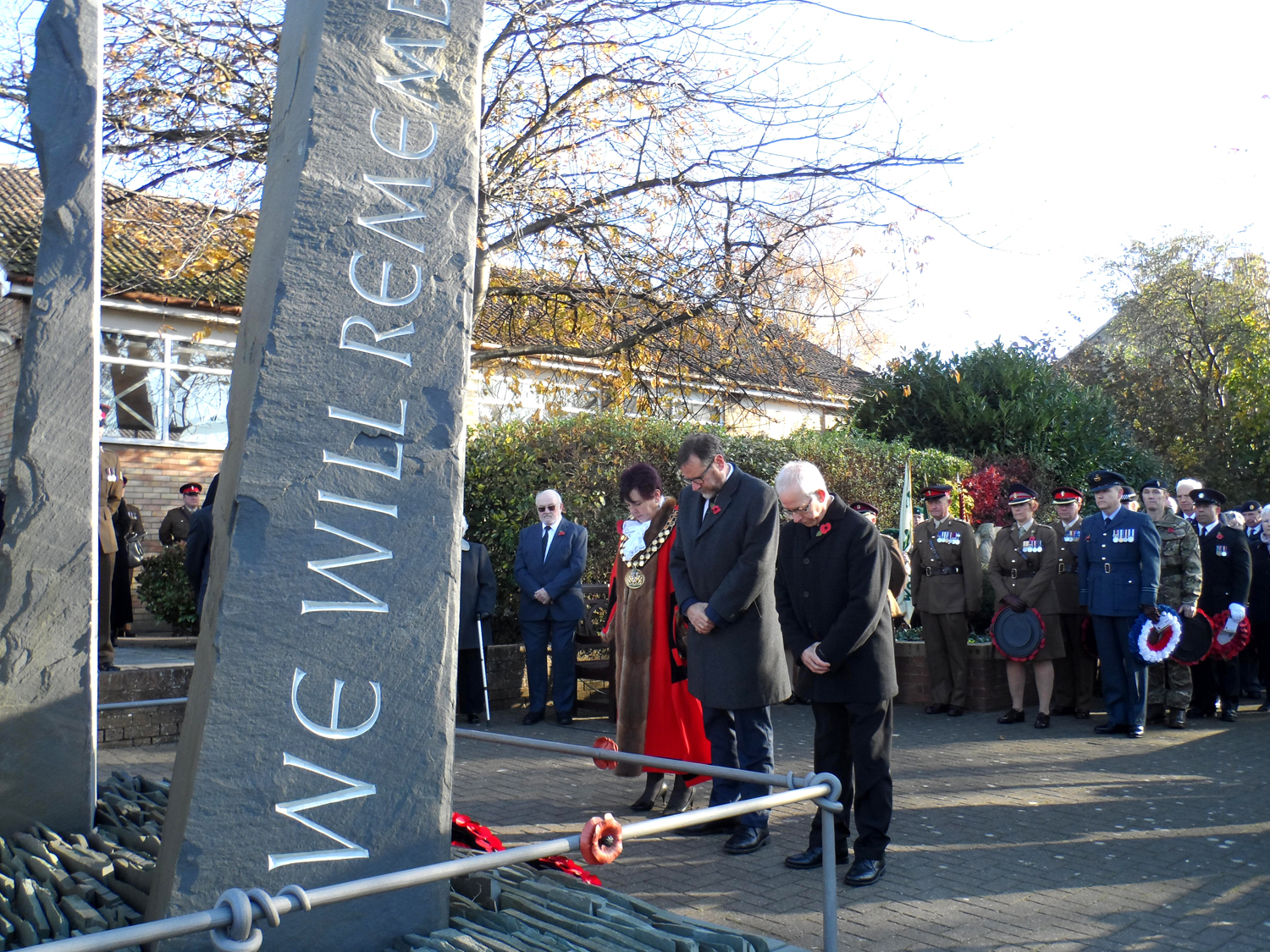 The townspeople lined the route at Newton Aycliffe for the Remembrance Day Parade along Central Avenue and St Cuthbert’s Way to St. Clare’s Church on Sunday. Even with the large crowd watching the parade, a respectful silence was observed perfectly.

The Mayor of Great Aycliffe, Councillor Wendy Hillary said, “Once again the people of Newton Aycliffe and Aycliffe Village turned out in force to remember the great price paid by service personnel both past and present, in conflict and humanitarian work. It was a great honour to join the reviewing officer, on the saluting dais following the wreath laying and service at St Clare’s. I always find it particularly moving to see so many young people and children participating. I would like to thank everyone who took part in the acts of Remembrance this year”.

A Service was also held at St. Andrew’s Church, Aycliffe Village which was very well attended by members of the public. 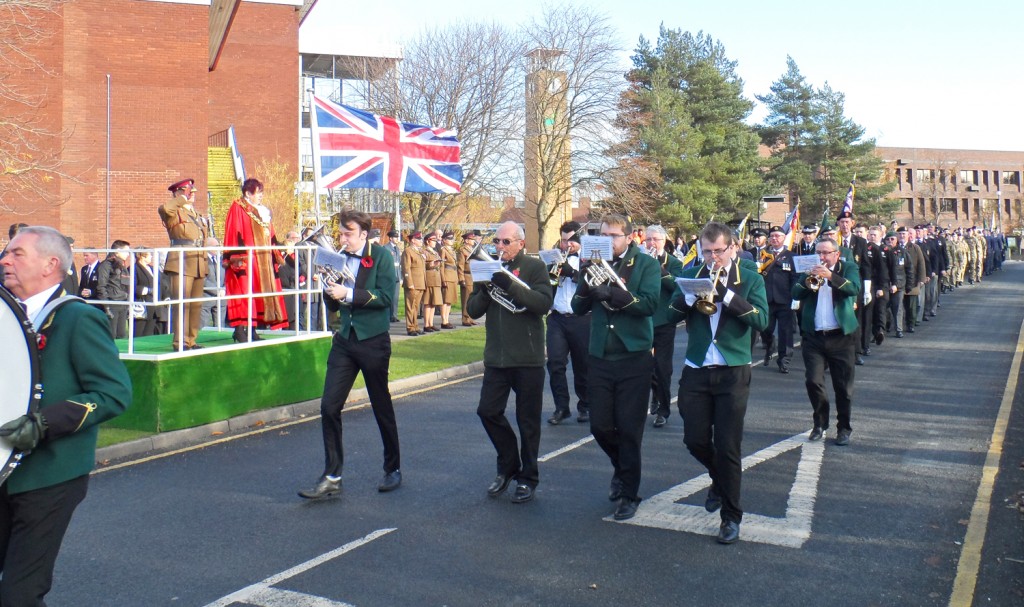 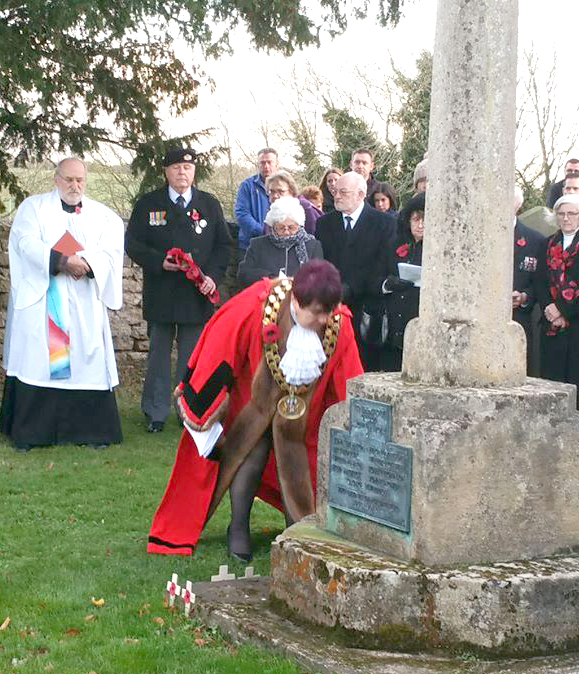 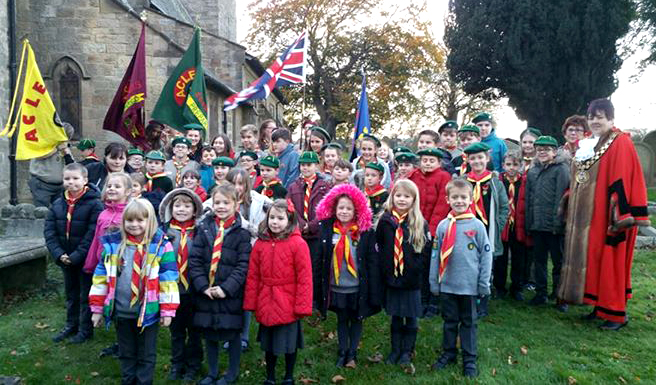 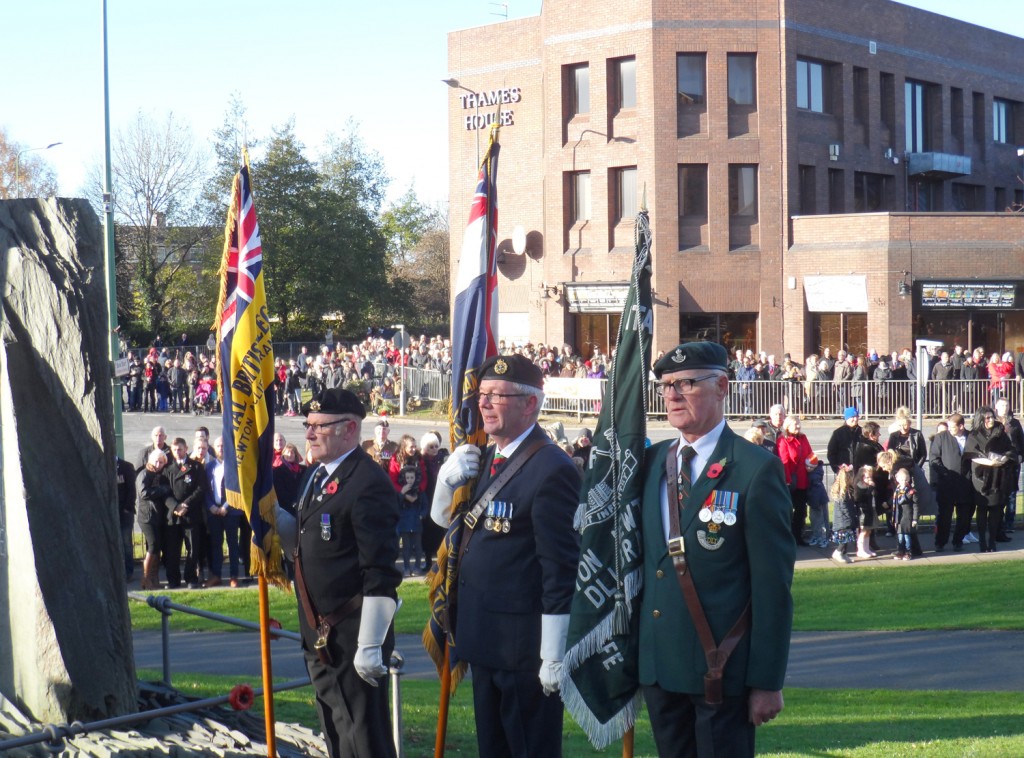 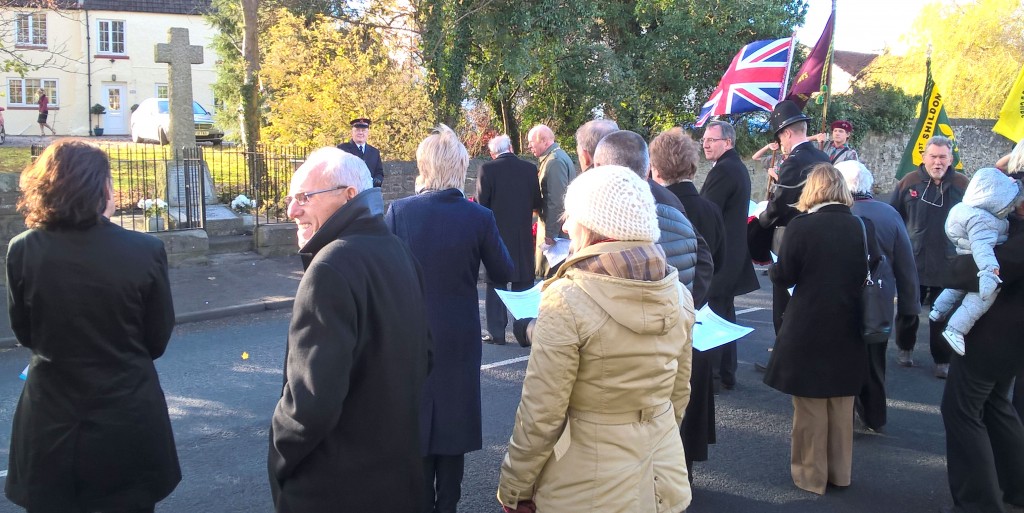 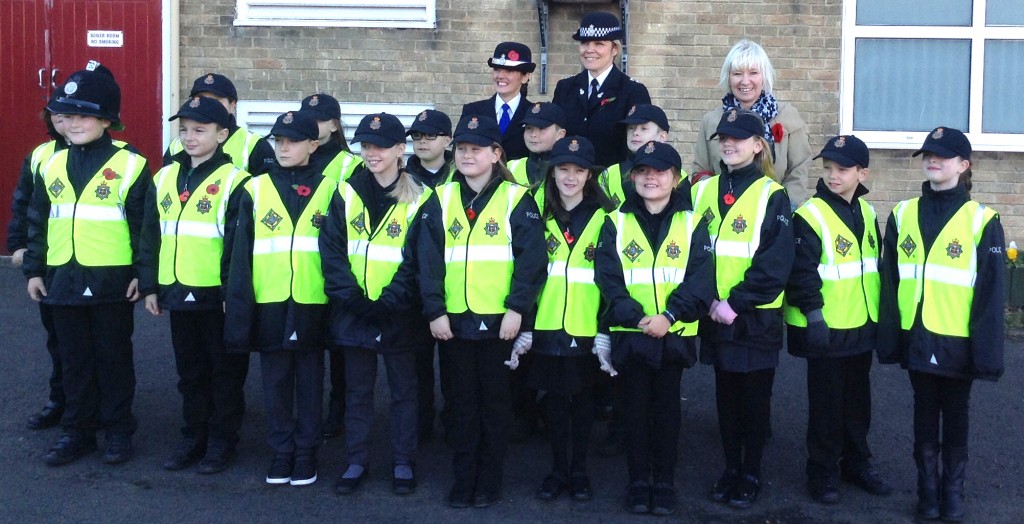 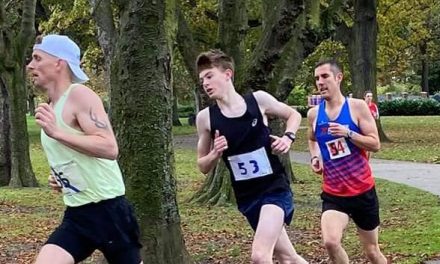 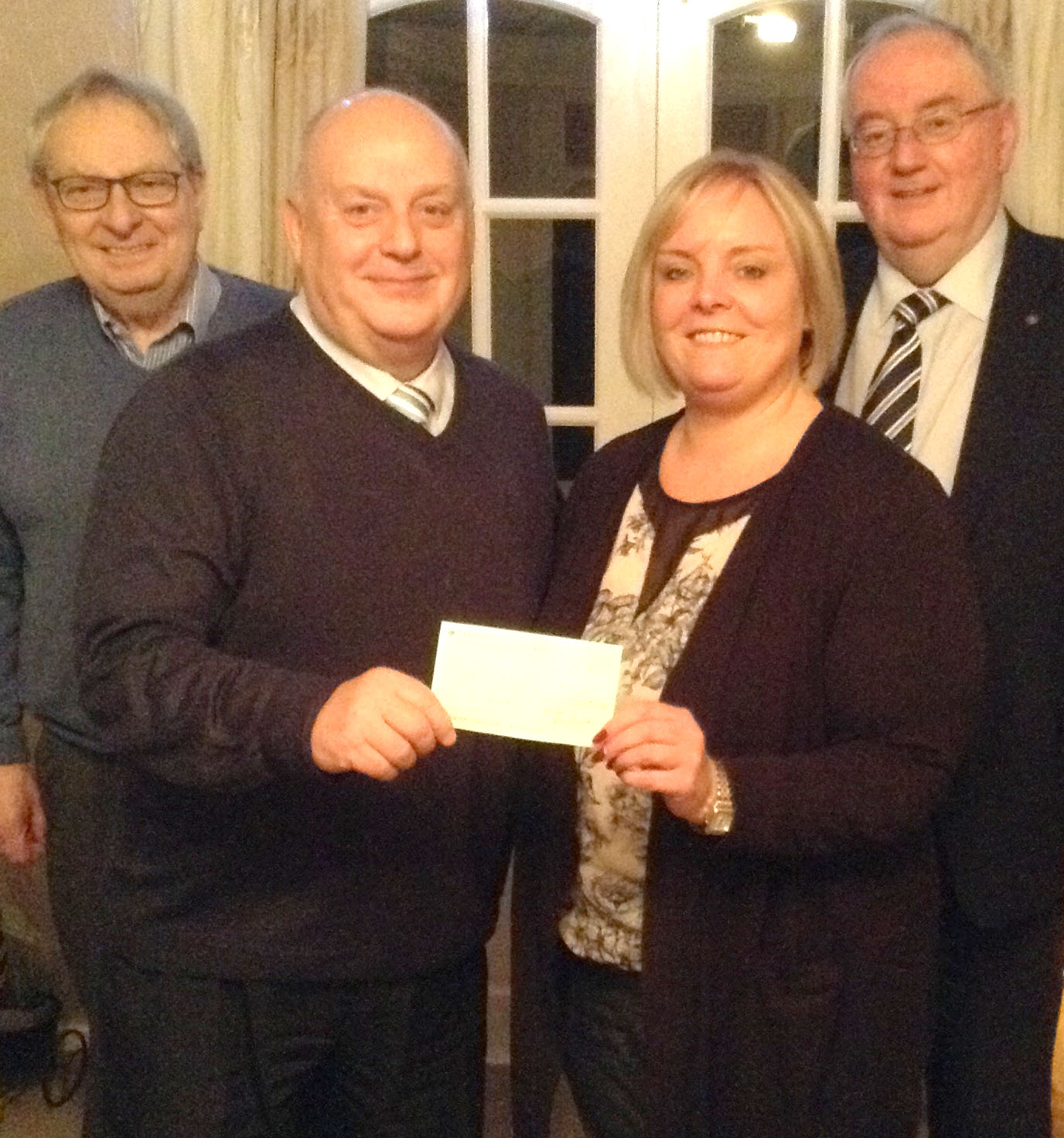 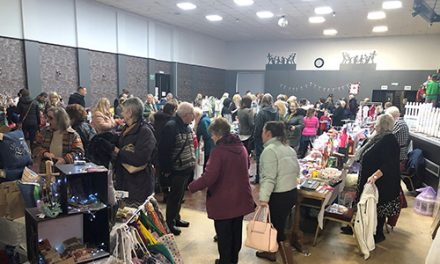 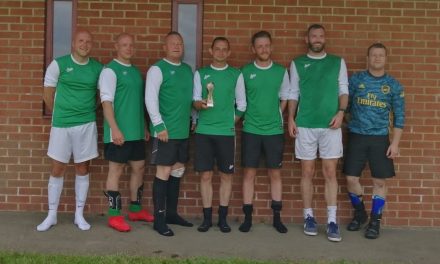