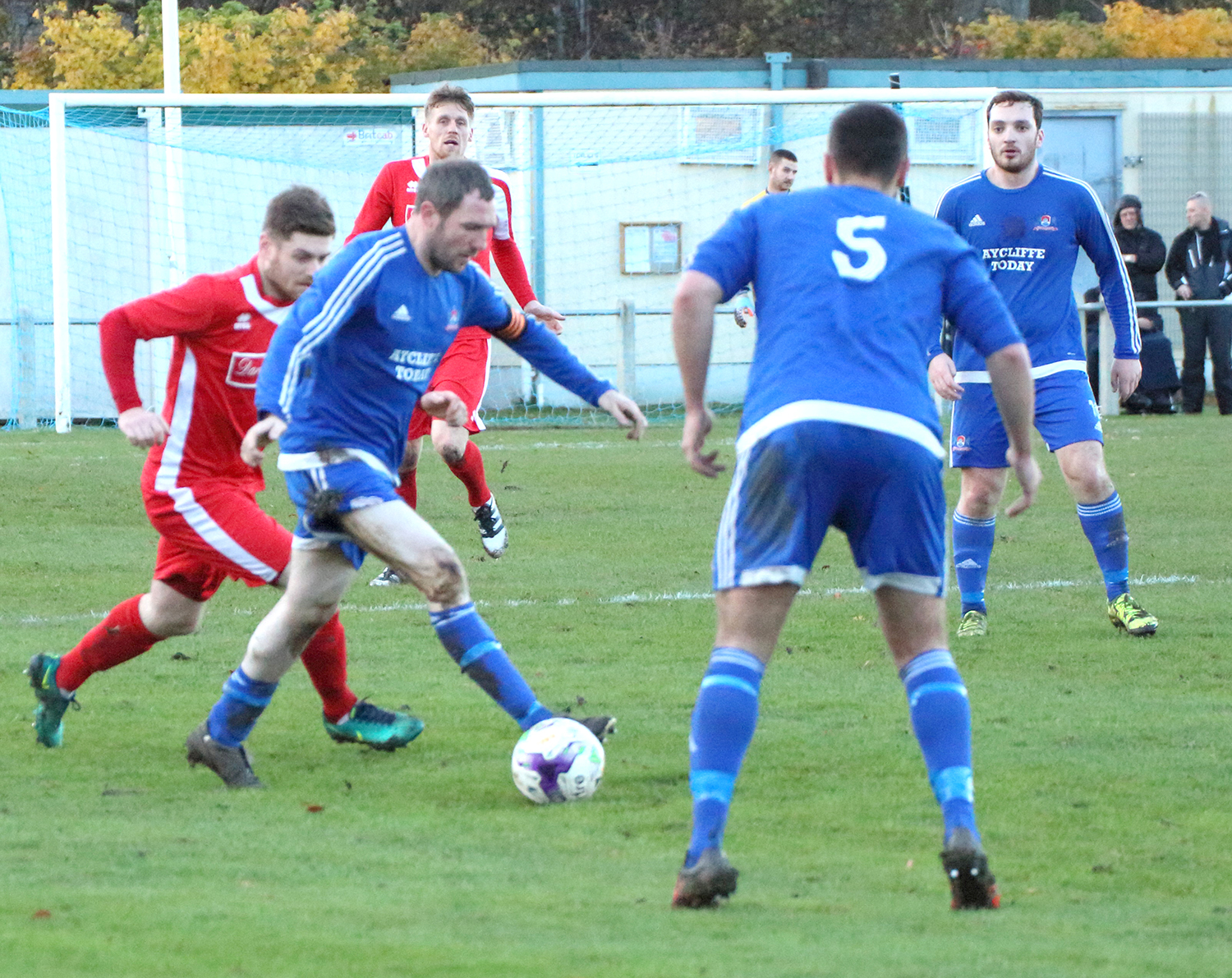 Aycliffe gave league leaders North Shields (the Robins) a good test, despite having 4 key players missing. Both sides tried to play good football throughout the match, but it was the Robins who dominated the first half, going in at the break 0-2 up. They came out strongly from the start, and James Winter made two good saves in the first quarter of an hour. The pressure exerted by Shields came to tell though, when on 17 minutes a good cross from the right was volleyed in by Ryan Carr. Aycliffe pressed for an equaliser, and Robins keeper Kyle Hayes made a good save on 21 minutes. RobIns left-back Mark Lancaster was proving to be a good outlet, and prompted many of their attacks. Aycliffe were struggling to come to grips with the speed of the Robin’s counter-attacking style. This was punished again on 27 minutes, when another good cross from the right was turned in by Dean Holmes. Half-time 0-2. Aycliffe played much better in the second half, and had the edge. On 59 minutes, Campbell brought a good save from Hayes. Three minutes later, a handball in the penalty box led to a penalty kick. John Campbell stepped up and put the spot-kick away with confidence, for 1-2. Aycliffe were having a good spell in the game, and within a minute Scott Howes hit the post. After that, Aycliffe pressed for an equaliser, but couldn’t make the breakthrough. North Shields continued to counterattack, but couldn’t reproduce the quality of their first-half crosses and finishing. The match was dominated by the midfield players, with Brian Close and Gary Ormston having fine games. Final score 1-2. Aycliffe Drawn Home to Holders in FA Vase Newton Aycliffe FC’s reward for victory over Worksop Town in the Buildbase FA Vase is a home tie against Morpeth Town. The Highwaymen are the current holders having won last season’s competition at Wembley in May. The Third Round tie will take place at Moore Lane on Saturday 3 December with a 3pm kick off. Aycliffe beat Morpeth three times last season, putting them out of the FA Cup & winning both league games. However, their only encounter so far this season saw Morpeth put five goals past the Aycliffe defence. Fortunately Aycliffe’s form has improved since then & so the tie on 3 December looks as though it will be an exciting game. Once again the club is hoping that Newtonians will turn out to support the team. 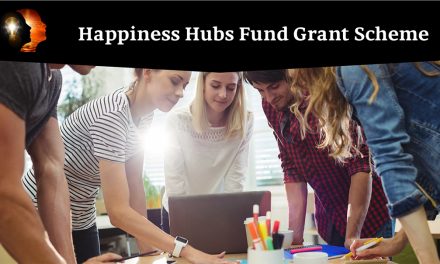 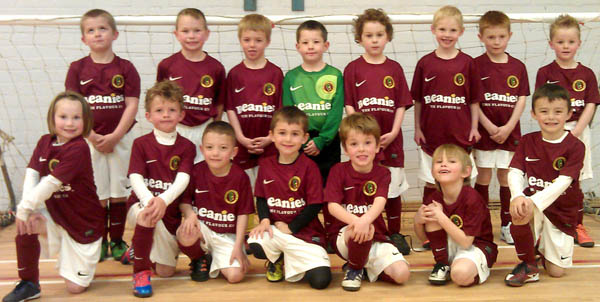