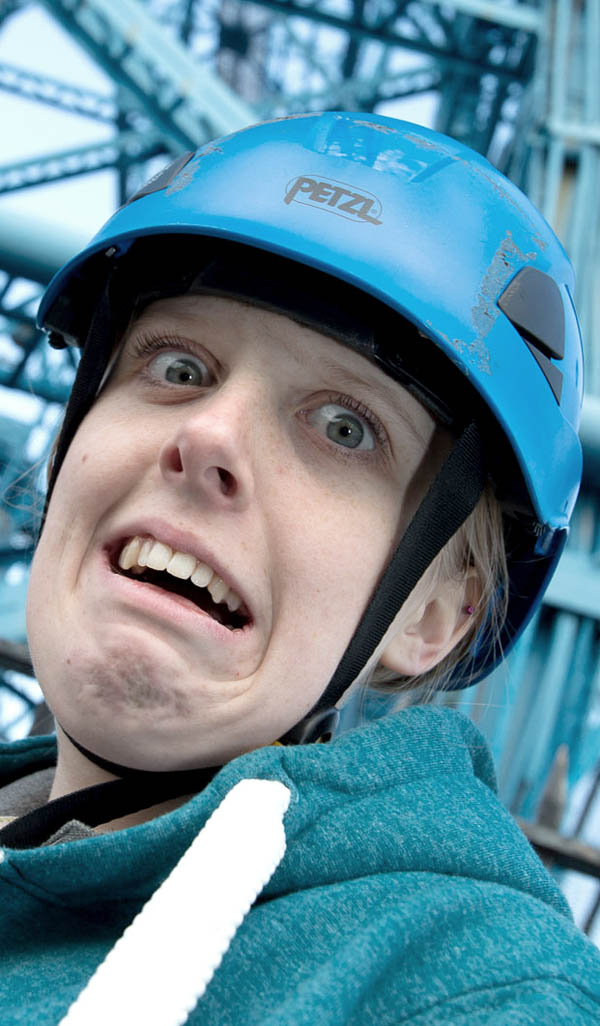 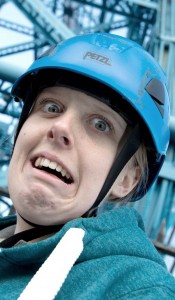 A Newton Aycliffe Teenager who three years ago underwent major spinal reconstruction surgery with  titanium rods inserted into her spine has zip wired from the top of the Middlesbrough Transporter Bridge in aid of a local charity.

17 Year Old Sixth Form Student Emma-Jo Blundy of Woodham raised more than £240. A high speed descent from the Bridge would put the fear of God into most people, but not  Emma-Jo who three years ago underwent serious spinal surgery to correct curvature of her spine caused by the debilitating condition Scoliosis.

The surgery initially left her without the use of her legs after a 14 hour operation went wrong. The operation at the James Cook Hospital had complications and required 2 further operations to correct the problem that caused temporary paralysis in her legs and to partially correct her spinal curvature.

Emma-Jo takes most things in her stride these days and says: “I just couldn’t resist the opportunity to do something for charity.” The ‘Take A Day Out’ charity Emma-Jo has been helping is based in Newton Aycliffe and provides needed time out for full time carers.

Emma-Jo said: “I work a few hours each week at the Cobblers Hall pub in Cobblers Hall, Newton Aycliffe and their strong bond with the charity inspired me to get involved. When they mentioned they were looking for volunteers to take part  – I just jumped at the chance.

“I am passionate about helping others in anyway I can and I guess my own experience of being in hospital made me want to see what I could do to help carers that are so important in the aftercare of all kinds of people, without support from my family, I wouldn’t have been able to cope with my own surgery and rehabilitation.”

Peter Sheen, who runs the charity said: “We are a very small and new charity with low overheads. In order for us to make a difference to the people we support we need the kind and generous support of organisations like the ‘Cobblers’ and people like Emma-Jo.  When I found out about Emma-Jo’s own situation I couldn’t believe it, it’s just outstanding that she would help us out in this way, we are very grateful and very humbled.”

Collette Gore who manages the Cobblers in Newton Aycliffe said: “I had no idea about Emma-Jo’s surgery. We all thought that she was very brave to do the zip wire event and the only member of the ‘Cobblers’ team that did, but when she told me about her spinal surgery; well, firstly I was shocked and then concerned and then overwhelmed by her act of caring for others.

Emma-Jo is a sixth form student at Carmel College in Darlington where she is studying, Sociology, Business, ICT and Photography at ‘A’ Level. 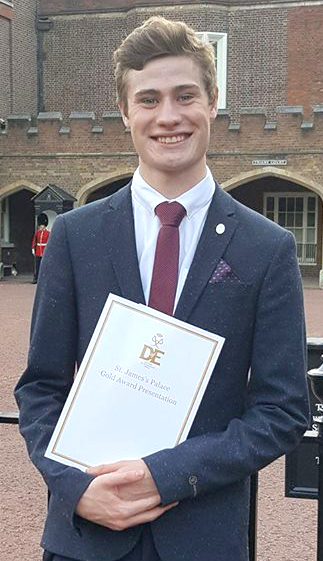 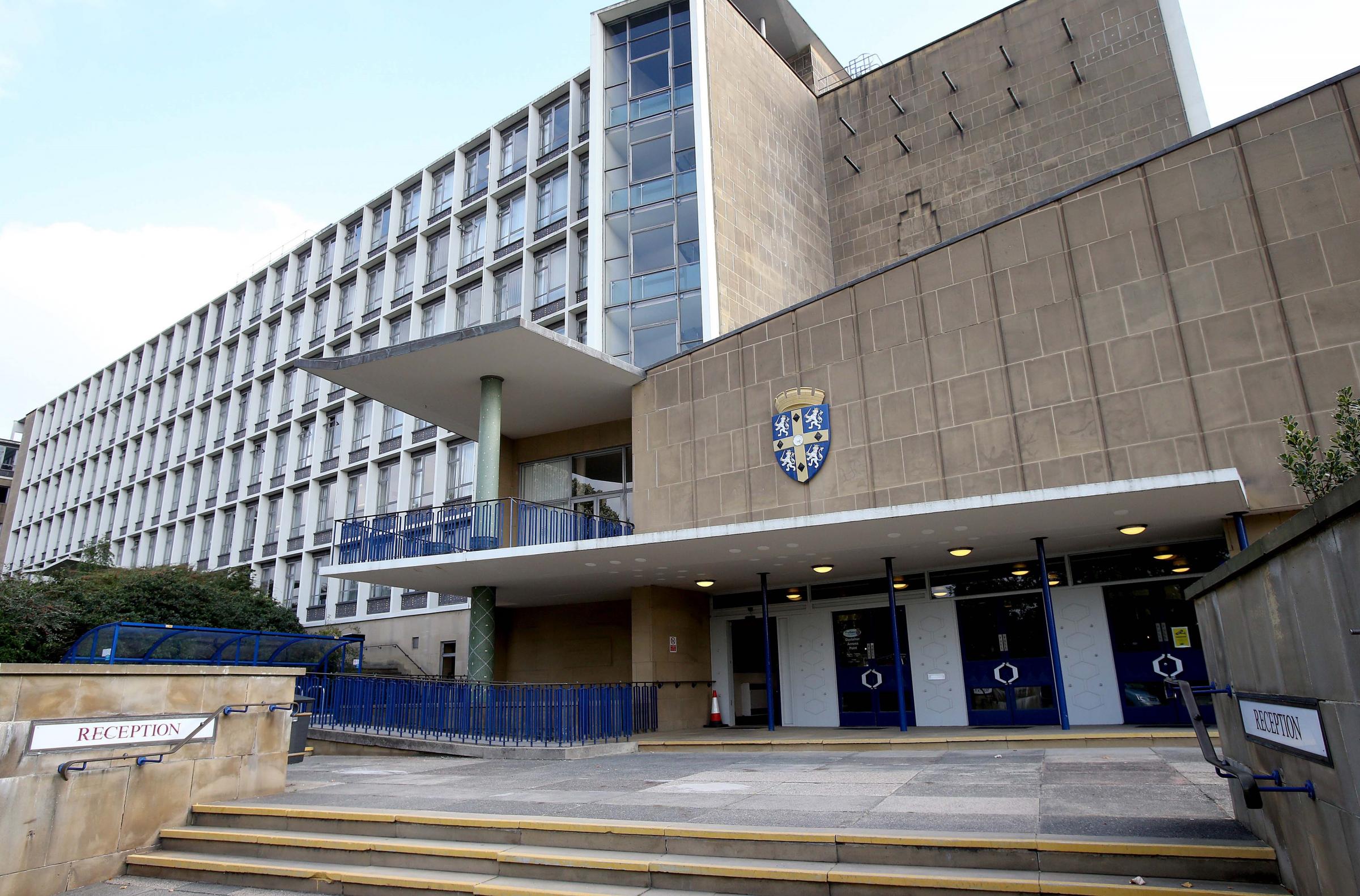 Praise for County Durham Students on A Level Results 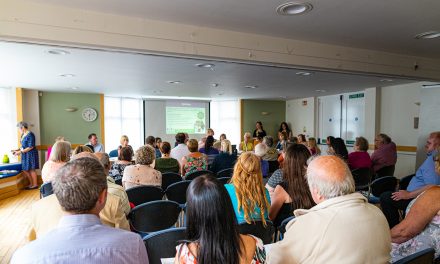