Aycliffe Come From Behind to Win at West 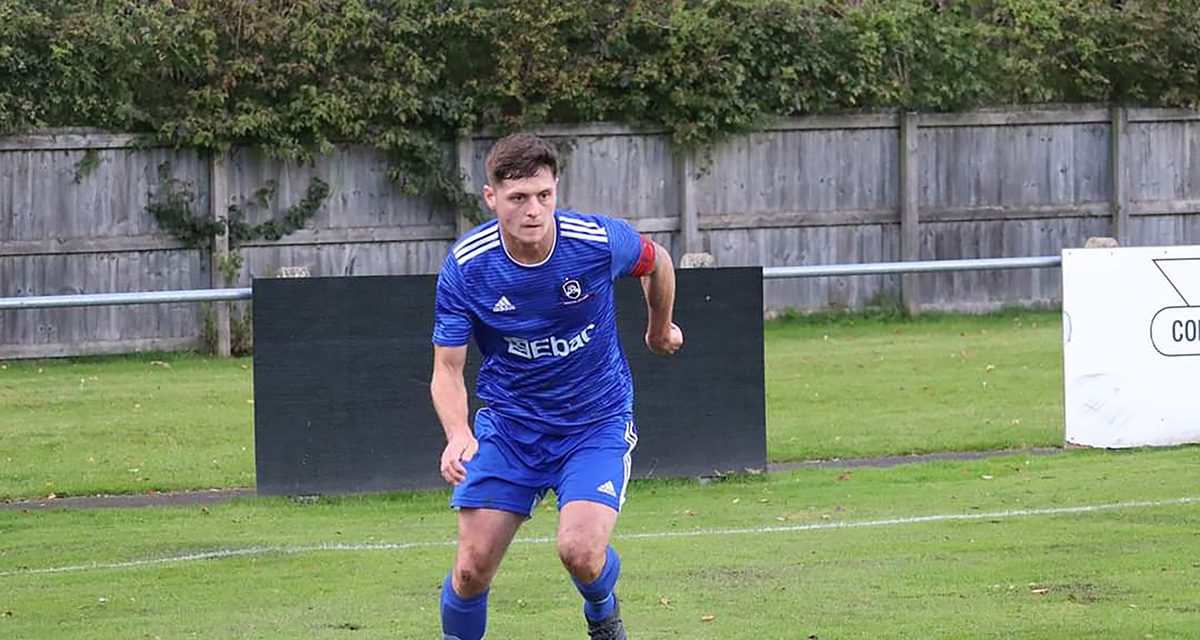 Newton Aycliffe scored twice in five second half minutes to come from behind at The Wanted Stadium and seal all three points over West Auckland Town. Ethan Wood and Adam Burnicle both scored goal-of-the-week contenders to cancel out Aaron Thompson’s spot kick for the hosts as Aycliffe’s unbeaten start to the Ebac Northern League Division One season rolls on.

Colin Stromsoy’s side headed into Saturday’s local clash on the back of a hugely impressive 7-1 victory over Northallerton Town in midweek and made one change to the starting XI with Nick Green coming in for Connor Phelan. Stromsoy insisted before the game that West Auckland would be the side to punish Aycliffe if his side were to lose focus and it was the home side who started brighter looking to utilise the pace of Adam Wrightson.

It was he and Anthony Bell who linked to create the first opening in the game with Bell drawing a near post save out of Adam Pickford. Pickford found himself the focus of attention two minutes later when he was adjudged to have handled outside of the area but referee Chris Ellis deemed a yellow card as the necessary form of punishment much to the relief of the Aycliffe stopper.

The home side continued to press in the opening stages buoyed by their recent home success over North Shields as Aycliffe had to feel their way into this derby contest. Midfielder Ben Dibb-Fuller was the first to make a mark for the away side as his freekick whistled narrowly over Sam Guthrie’s bar. Liam Jarvie forced Guthrie into a routine stop after getting the better of Gary Brown as both teams tried to win the midfield battle in a scrappy affair. Guthrie was spared his blushes on the half hour when he almost let Burnicle’s effort from range creep through his legs before denying the striker with a smart stop with his legs a minute later.

The best chance of the first half fell to captain Aaron Brown in stoppage time when he found himself unchallenged in the area but he headed Lewis Walton’s cross straight into the arms of Guthrie as the sides went in level. If the first half summed up a local affair with little to separate the two teams, the second half burst into life inside the opening 10 minutes. Kyle Fryatt was able to force his way beyond Walton and into the area, drawing a challenge from Brown that resulted in a penalty for the home side. Thompson stepped up and kept his cool by slotting the ball down the middle to give the home side the lead and test Aycliffe’s resolve. But the response from Stromsoy’s side was perfect as they levelled the scores a little more than a minute later when Wood arrowed a 25-yard rocket into the corner of Guthries net before treating The Wanted Stadium to a celebration befitting of his equaliser.

The goal buoyed Aycliffe and within five minutes they completed a spectacular turnaround through Burnicle who scored a goal from nothing. Jake Petitjean slid the ball into Burnicle on the edge of the West Auckland penalty area and despite looking like there was little on the striker dug out an exquisite strike with the outside of his boot that sailed into the top corner. It was a goal befitting three points in any game as Aycliffe would hold on through a hard fought remaining 30 minutes

Adam Burnicle’s fifth league goal of the season was a goal scored in spectacular style. He stepped up on the edge of the area with minimum back lift to curl a delightful effort at goal with the outside of his foot.

“It’s another one picked out,” said a smiling Burnicle. “It was great to see it go in – especially after the keeper got a touch on it, I was worried he might not have done enough.”

Burnicle is no stranger to trying the audacious having scored a similar goal at Teesdale Park earlier in the season during a 6-0 win at Thornaby. When asked which he preferred Burnicle said: “Probably this one [West Auckland]. I literally had to dig this one out from under my feet.”

While Burnicle revelled in his goal, the striker was delighted with his teams response to going a goal behind at The Wanted Stadium. “I was thinking the worst when they scored the penalty, I couldn’t believe we’d gone behind,” he said. “But we’ve come back into it straight away with Woody’s strike – a tremendous strike – and I thought our tails were up once that went in. You could see it stepped us all up all over the pitch.”

With Wood’s 25 yard strike fizzing into the corner of the net the only question that remained was: who scored the better goal? “Oh definitely mine,” Burnicle joked. “Better tekkers.”

Colin Stromsoy hailed his side’s character following the huge win at The Wanted Stadium. “We showed real character to come from behind in the manner we did,” said Stromsoy. “The game swung quite a lot but we showed a real grit and determination and I believe we deserved to win in the end. The goals were really, really good,” said Stromsoy. “We didn’t work their keeper as much as we should have done, the final ball was a little bit off today but we kept at it. It was a good game, but as a coach I want it closed up. As players it can become nervy where you sometimes don’t make the right decisions and as a result it became a bit more like a basketball game at times. I knew it was going to be a really hard game – they changed their set up to combat us.”

West will take far more points from teams at home than they’ll lose so it’s a really huge three points for us. They’re a really good team, they’re well organised so for us to come here and get three points it’s an absolutely fantastic result.”

Video highlights of both the Northallerton & West Auckland games are available on YouTube or via the club website www.newtonaycliffefc.co.uk – Newton Aycliffe now have two home games in the Ebac Northern League Division One. Whickham will visit the Beaumont Landscapes Stadium on Saturday 24th October (KO 3pm) with Consett following on Tuesday 27th (KO 7:45pm). Under current Covid rules crowd capacity is limited to 150. Admission is £6 adults, £4 concessions and is ‘pay on gate’. Please note that we are now able to take card payments at the turnstile. Please check in at the ground using the NHS Covid-19 app, use the hand sanitiser provided & maintain social distancing. 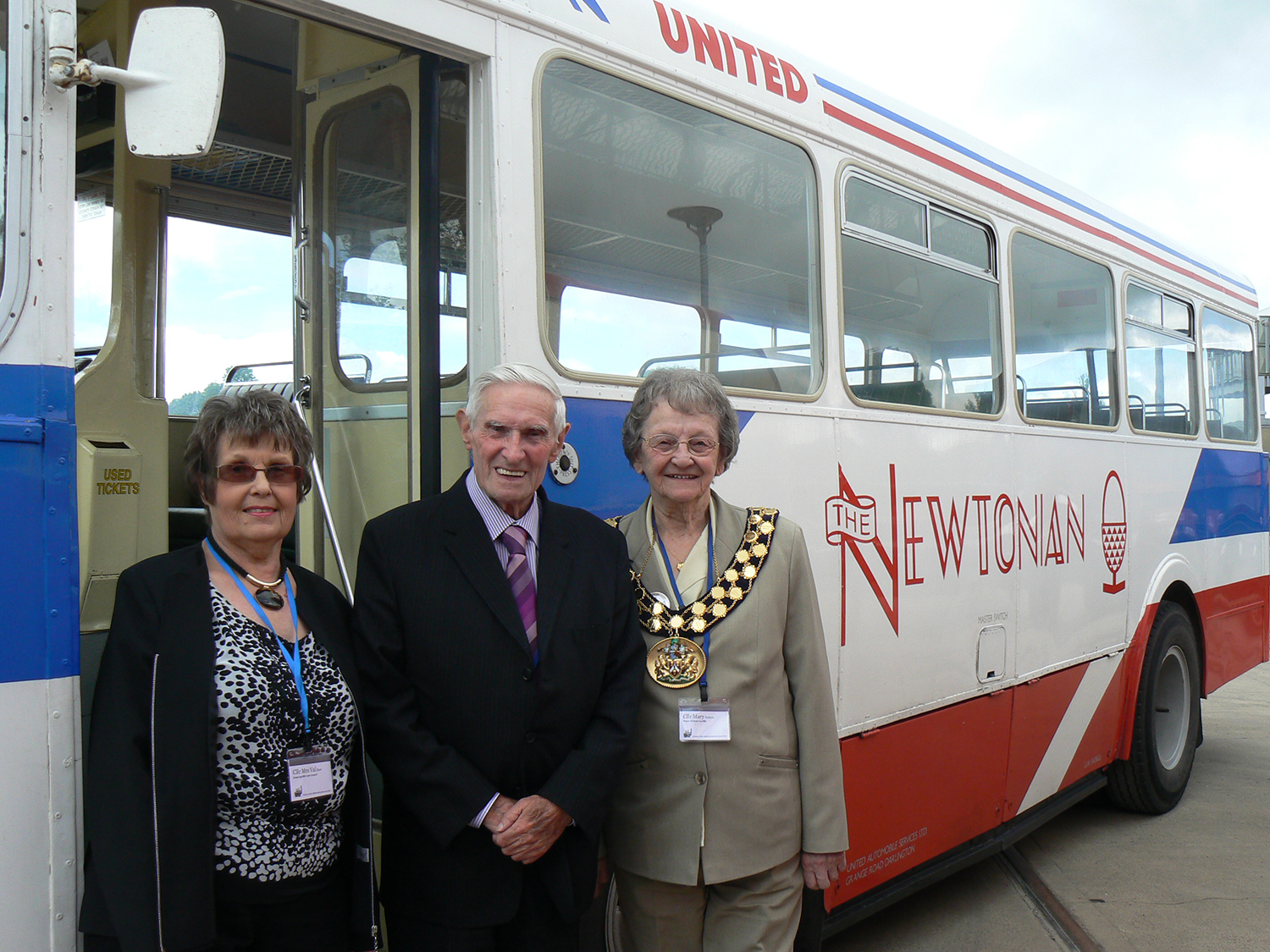 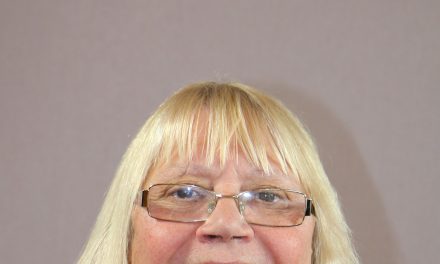 Calls for Government to Invest in County Durham Hospitals