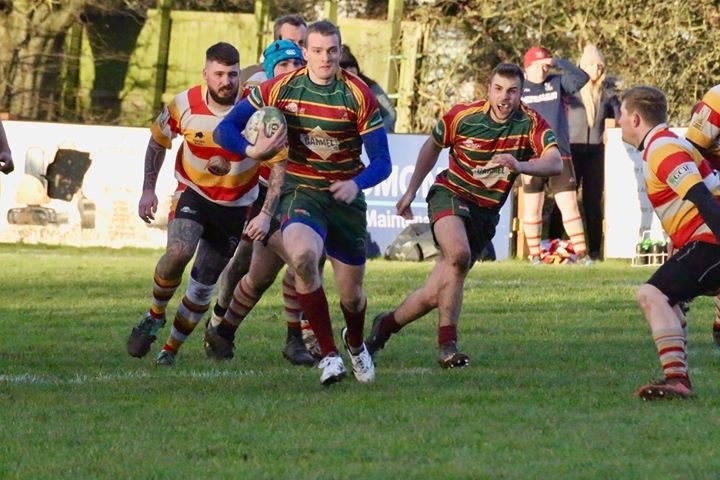 Newton Aycliffe 1st XV found their winning mojo last Saturday when their arch-rivals Richmondshire came to Moore Lane with great expectations. However, the omens did not look good for the visitors when they realised they forgot to bring their squad playing strip. The day was saved by a club member dashing up the A1 to allow the game to start 10 minutes late.

The scene was set for what turned out to be a good game, with the ever-present Aycliffe barmy army supporters turning out in numbers, the weather and temperature perfect, and the pitch firmer than recent weeks. The touchline commentary team of old-boys, Ellis, Dixon, Woodward and Clark Kent were fired up.

From kick off Aycliffe set their stall out with some good aggressive running. Ball handling was slick, and Richmond were very much on the back foot. The early Aycliffe pressure was soon quelled by a ruck being turned over by the bigger, more experienced Richmond forwards who launched a counterattack to score the first converted try 0-7 (4 minutes). This was the wake up call the home side needed when they suddenly realised where the visitor’s strength came from. Possession was key in this game and from a penalty move 5 meters from the Richmondshire line the ball was launched out amongst the back line and Aiden Ryans helped himself to a try. The conversion by Euan Kitching was successful. 7-7 (11 minutes). Over the next 10 minutes the crowd witnessed the young guns of Aycliffe getting more confident as they gained more experience in their first ever season of senior rugby. Winger James Toase thrilled as he made some aggressive runs and made good yards. Second row forward Adam Winterburn found his form after recent suspension with a trademark run from 40 metres powering over to score a try. The conversion was missed. 12-7 (20 minutes). Richmond increased their tempo to slow the home team attacks with some good tackling and Aycliffe were guilty of some exuberant passing which spoilt the attacking flow at times. As time was ticking down for the first half, winger Euan Kitching punished an infringement by Richmond with a well taken penalty. 15-7 (37 minutes), this remained the score at HALF TIME.

The second half team talk by Richmond coach must have inspired their team as they looked more like they wanted to turn this game around. Aycliffe started to make unforced errors and gave away too many penalties. Richmond penalty scored 15-10 (45 minutes). This boosted the visitor’s confidence and within minutes scored their second unconverted try. 15-15 (47 minutes). The danger signs were duly noticed by the supporters and the screams of encouragement paid off when Kitching sprinted up the wing to bag himself a try which he converted himself. 22-15 (49 minutes). This was followed by the try of the match the man of the match, Captain James Thacker who was lined up with his team to defend an attack by Richmondshire when he managed to rip the ball from his opposite number and ran from inside his own 22 metre to score. Kitchen converted and the supporters were elated. 29-15 (53 minutes). This spurred on Aycliffe in terms of rare aggressive rucking to win the ball once more against relentless Richmondshire attacks and Neil Anderson broke away darting up the blindside flank near touch. Supported by scrum half Ben Walton between them they gained 70 metres before Walton was bundled into touch by desperate defence. Richmondshire refused to capitulate and a dubious offload by Aycliffe was turned over and an easy try was claimed, the conversion was missed. 29-20 (64 minutes). To make matters worse for Aycliffe Prop James Hanlon was yellow carded for 10 minutes. Richmond took advantage of this and went over to score the final unconverted try of the match. 29-25 (79 minutes) FINAL SCORE.

Next week is the final league game of 2019 away to Jarrovians KO 2.15pm. All travelling supporters are always welcomed.

KIDS RUGBY continues to progress at Moore Lane for age groups 8 to 16. Bring your kids down to introduce them to the sport, the more the merrier. Coaching starts at 12pm and finishes at 1.30. 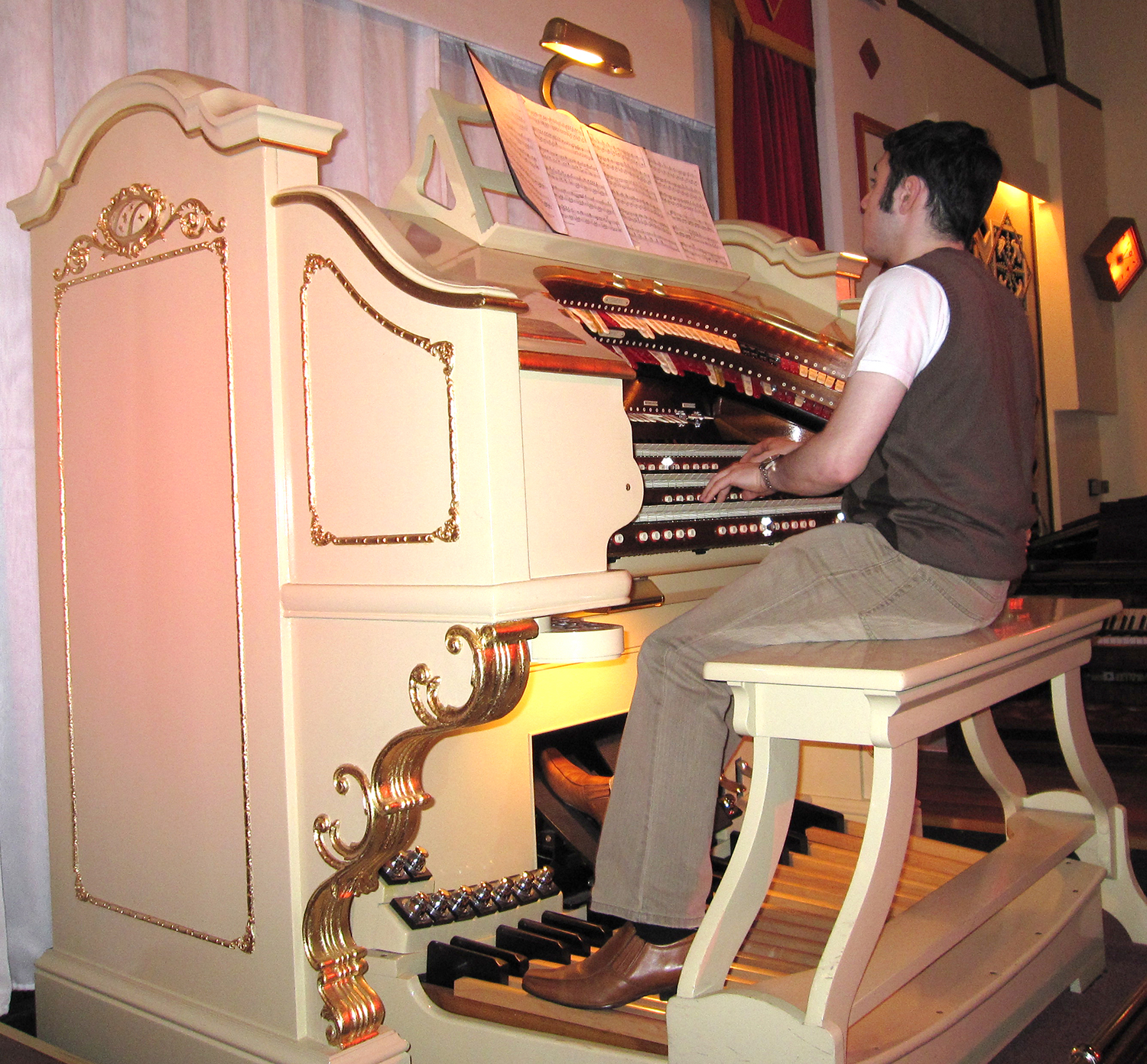 Golden Restoration for the Mighty Wurlitzer