Dear Sir,
As you will be aware from last week’s newspapers, Planning Inspector Harold Stephens has ‘panned’ the emerging County Durham Plan (CDP).  Since then, a number of people have asked me whether I am ‘humiliated’ by the decision, on which I would like to share my personal opinion here.
Actually, far from being humiliated, I am very angry at the decision.  Underlying Inspector Stephen’s criticisms of the County Plan was that it is based, he claims, on ‘unrealistic assumptions’ about jobs growth.
In fact, the Plan was based on an aspiration that, in twenty years time, County Durham might have a 73% employment rate.  In other words, the aspiration of the CDP was that we might – after twenty years of hard work and growth – have managed to claw our way to be economically ‘average’ for the UK.  That was our ‘unrealistic’ aspiration – to eventually be ‘average’!
Do you see now why I am so angry?  Like some latter-day Richard II to the rebels of 1381, Mr Stephens is saying to us: ‘Peasants ye are, and peasants ye shall remain’.  And – more than this – he is telling the County Council to go away and PLAN always to be an area of economic deprivation … to plan for decline!
In my view, it is untenable in every way to expect the County Council to produce a Plan which will aim to leave us in 2035 economically weaker than we were in 2008.
All this would not be quite so disgusting if the government had not recently changed its financial relationship with the County Council, declaring that local government grants will no longer be allocated on the basis of ‘need’, but on ‘opportunity’ – the preparedness of an area to embrace growth.
As you know, Newton Aycliffe have embraced this idea – readers will remember our mass-meeting to tell the planners to give us MORE industrial expansion land.
But the inspector’s decision is telling us is that economic opportunity is not for us.  Presumably it is for the south east and the rich.  Mr Stephens’ vision for us is to know our place and stay poor.
County Counc. John Clare

North East Labour on the Demise 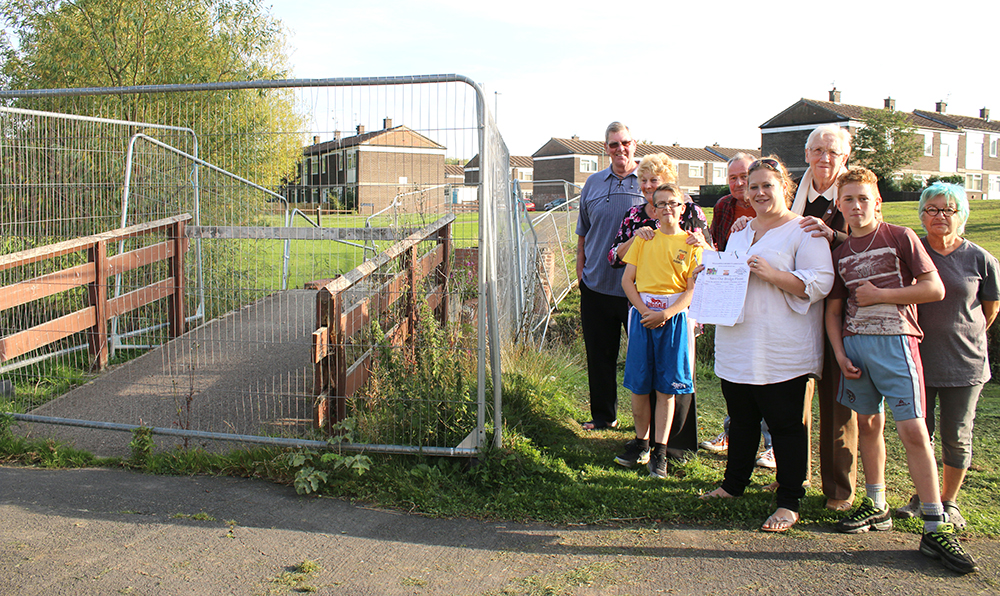 Bridges to be Replaced

Aycliffe – Best Place in the World!