Sunday 4th October was ‘Climate Sunday’ in the Church of England, and I was invited in my role as DCC Climate Champion to speak to two Durham churches at their Harvest Services. This was a great honour, a lovely reminiscence of my time as a Methodist preacher … and an opportunity to explore the links between my Christian faith and my commitment to Climate Action.

Climate Change is an Extinction Level Event, but I do not like to focus on the ‘eventual extinction’ aspect because:

2) Long before extinction, the effects of Climate Change – e.g. mass-migration/ the cost of extreme weather events – will visit economic calamity and societal disintegration upon our descendants.

WHAT IS CHRISTIANITY’S RESPONSE TO CLIMATE CHANGE?

3) …climate disasters should be welcomed as heralds of the Second Coming of Christ.

Each of these ideas could merit a bible study of its own, but to comment briefly:

• Biblical ‘rulership’ is about love and sacrifice, not exploitation.

• Jesus’ reassurances not to worry were not an encouragement to inaction, but a warning against materialism.

4) The fourth reason some right-wing Christians oppose Climate Change is not theological at all, but political – because they perceive the Climate Change movement as radical and anti-capitalist. Indeed many Christians will adopt a climate-friendly lifestyle (recycling, buying local) as part of their personal walk with Jesus … but say that they find politics distasteful and would not want to support any campaign.

• Such an approach is not going to stop the ice-caps melting.

• Responsibility nowadays is too often loaded onto the individual … when in fact it is our economic, social and political SYSTEMS which are at fault.

• It is NOT WRONG to ask those firms which meet our market needs to do so without commodifying nature, treating human beings as a factor of production, and destroying the earth.

WHAT DOES THE BIBLE SAY?

Genesis 2.15 tells us: “The Lord God took the man and put him in the garden of Eden to tend and keep it.”

• The Hebrew word for ‘tend’ references the caring way a gardener tends his allotment.

• The Hebrew word for ‘keep’ describes how a responsible farmer maintains his farm in good condition, and is very strong (i.e. this is not optional).

The significance of this verse is that God ordained this BEFORE the Fall, and it thus shows us His original intentions regarding the relationship of humanity with Nature.

THE ROLE OF THE CHURCH

Recently the Church of England has declared Climate Action “an essential part of our responsibility to safeguard God’s creation”:

• IN PRACTICE (the Church of England’s General Synod has asked churches to be carbon ‘net zero’ by 2030.)

• IN MISSION (i.e. to campaign and participate in Environmental Action.)

We are faced with an existential threat to humanity. What does God want us to do about it?

Genesis 2.15 tells us: “The Lord God took humanity and put us on earth to tend and keep it.” 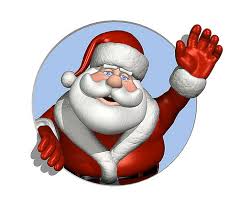