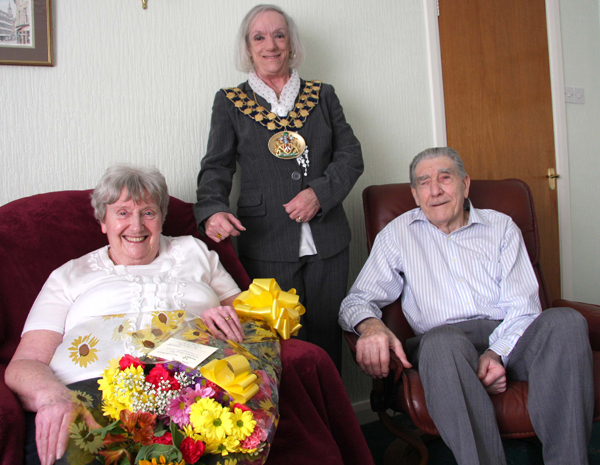 Mayor Barbara Clare called on Wilfred and Mary Bell of Meatlesburn, School Aycliffe on Thursday 27th February to congratulate them on their 60 years of marriage.
The couple originally came from Tyneside to Newton Ayclife in 1954 when Wilfred took a job with Toothills. As a qualified Joiner he was entitled as a key worker to a rented house and the couple first lived in Priestman Road and then Greathead Crescent.
Wilf met Mary when he returned from completing National Service in the Army, serving in Germany. He decided to learn to dance and his first partner at the dance school was Mary and they have been lifelong partners since.
“It did not take me long to fall in love with Mary and we were engaged a few months later and married a year after that” said Wilf. When they moved to the new town Mary gave up her job at the Co-op. Wilf later worked for Shepherd Construction who had various contracts in Newton Aycliffe, building new schools and the town centre shops. Wilf worked for them for 28 years and was promoted to Site Manager.
Mary and Wilf have two daughters who live locally and an Architect son in Skeeby. They have five grandchildren who they love dearly and the whole family came together at the weekeend to celebrate this wonderful occasion.
Wilf enjoys woodworking and gardening and doing everything with his wife which he says is the secret to their long happy marriage. “We have always worked together in our home and gone everywhere as a couple, travelling Europe and as far as Hong Kong.” said Wilf.
Mary said they had enjoyed a wonderful life together, love each other and will never part. 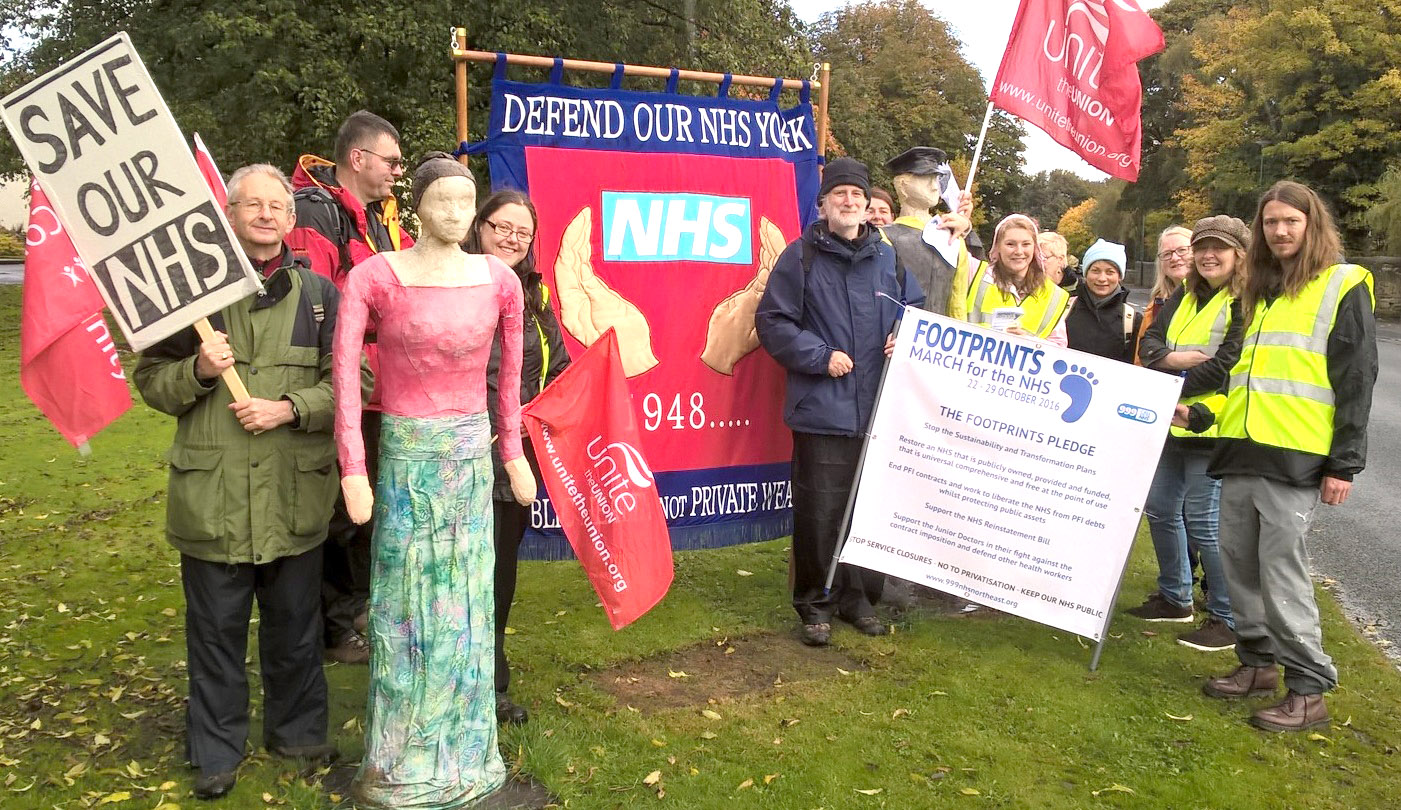 Marching For The N.H.S. 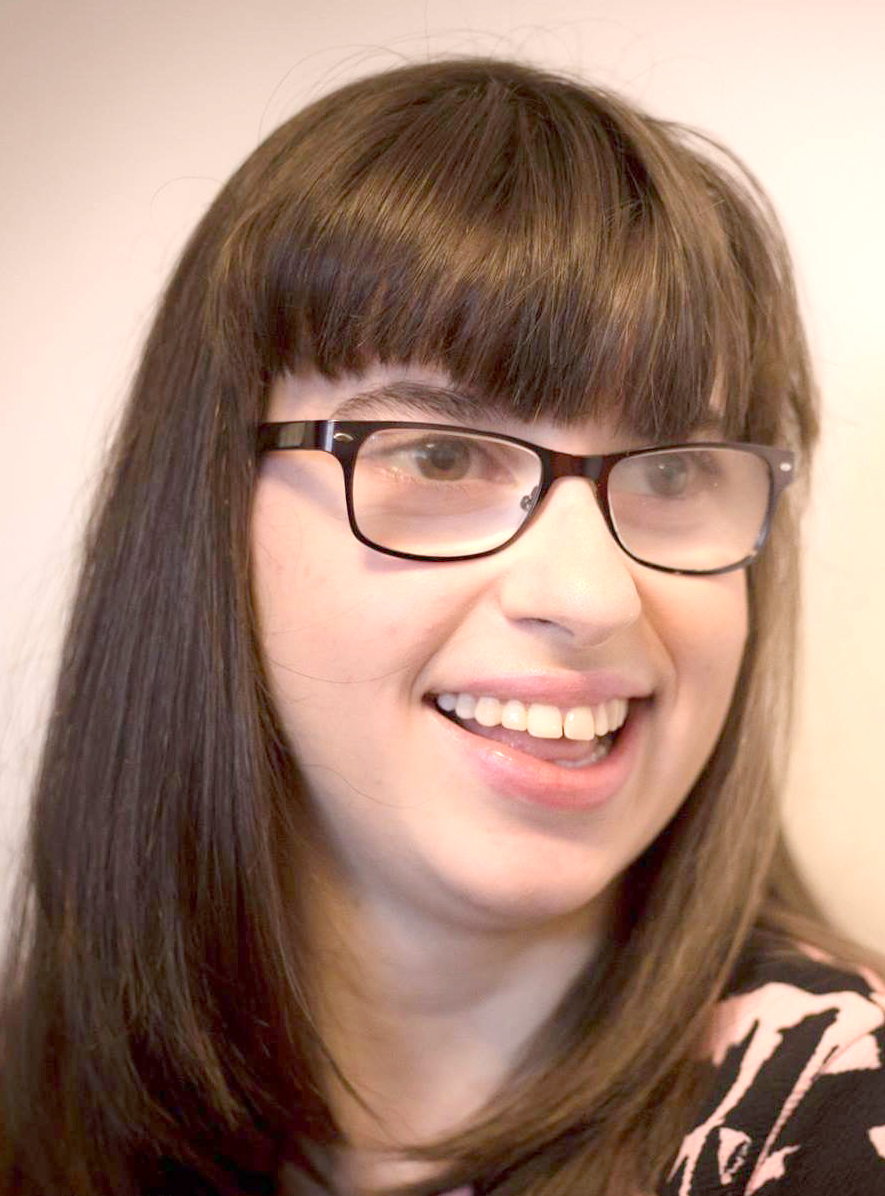 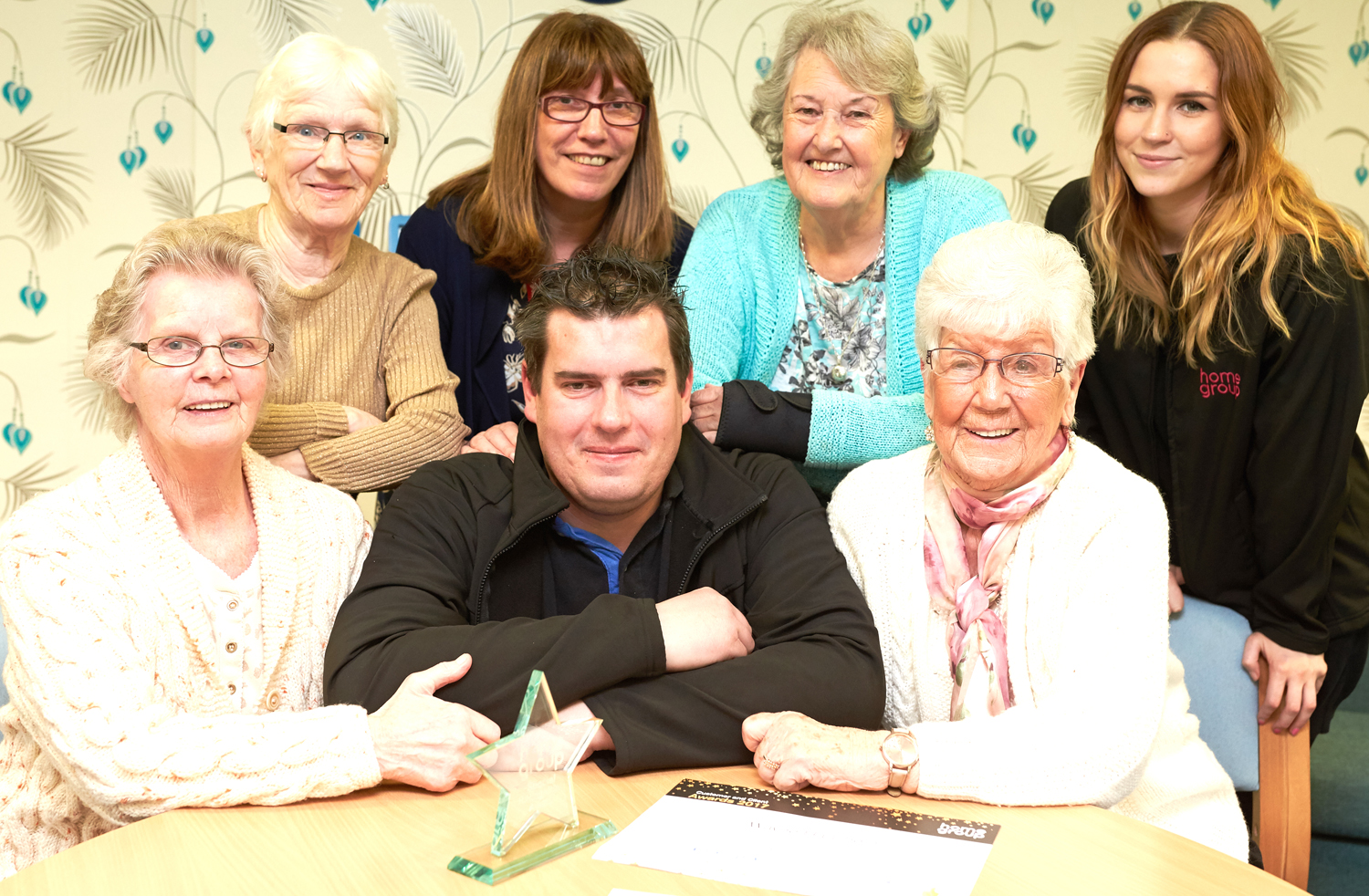