Dear Sir,
I was dismayed to read our MP expressing pleasure at the speed limit reduction on the A167 to only 50mph. I strongly objected to this with cogent arguments but Durham County Council (DCC) did it anyway.
Our MP mentioned his friend was killed on this road in the 70’s, but not that it was ‘made safer’ since then, with white diagonal lines eliminating most overtaking and the Gretna junction being changed (I recall a car colliding with a temporary safety barrier during this work, causing a fatality, ironically).
DCC counted 14,000 vehicles per day on the road, virtually all being motorised. DCC is building a 5m cycle path (which taxpayers now have to maintain) and introduced it and the reduced limit irrespective of objections, which they clearly regarded as a nuisance to be shot down rather than anything they were going to take notice of.
This work has gone on for many months, at a snail’s pace, for a tiny number of pedestrians and tinier number of cyclists, inconveniencing huge numbers of vehicle users. What a disgrace!
There are government guidelines for imposing below national speed limits and I believe they were not satisfactorily met. DCC implied the road was disproportionately unsafe with seven accidents in five years! This is statistically quite average. It is not a statistically unsafe road. In fact, I observed one accident myself after the 50 limit was introduced, indicating the road is statistically more unsafe now than it was before!
Details of the seven accidents were not freely available from DCC, reflecting an attitude not welcoming to public scrutiny.
DCC relied on average speeds being 48mph – oddly, the guidelines say that if average speeds are below the limit, councils can (not must or should) reduce the limit. DCC did not properly recognise that average speeds on this road are severely distorted by rush hour jams making it impossible to reach speeds anywhere near the national limit. Will they increase it back if everyone exceeds the limit? I think not!
The A167 might well be safer with a 50 limit, but not as safe as with a 40 limit, or 30 or 20, or if they just banned cars altogether! These are varying degrees of interference by a ‘nanny state’, and it’s dispiriting to see nanny state decisions supported by a Conservative MP, contrary to Conservative ideology favouring small state and individual freedoms.
John Snowball 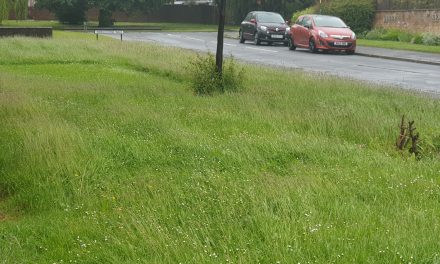