4 from 4 Wins and Division Leaders! 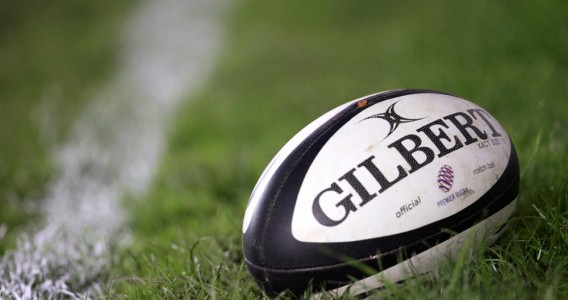 Aycliffe played host to South Shields on Saturday and with several players away Aycliffe were still able to select a very strong squad to field against one of four unbeaten sides in the division.
From the kickoff Aycliffe attacked.They were constantly on the front foot with the backs, as they have in previous weeks, able to express themselves beautifully. James Cocks orchestrating every attack from the stand off positon with precision. Aycliffe forwards, a hardy breed, took it upon themselves to continue where they have left off in every game so far this season, out scrummaging South Shields from the start. Veterans Bob Malvern, Mark Affleck and John Whitehouse, despite their aging and aching bodies, put in a massive shift around the park building the foundations for a dominant Aycliffe pack performance. The Kelly brothers Niall and Liam produced another powerful, aggressive display.
Aycliffe’s back row saw the return of Paul O’Donnell and Captain Andrew Littlefair, whose partnership alongside  Whitehouse at 6 spoilt everything South Shields attempted to do. This powerful combination of forwards enabled Aycliffe’s backs to have the freedom of the park to entertain the large crowd with some dazzlingly displays of skill. The first half was relatively close score wise, but not in territory or possession. Prior to the half time whistle both teams had a player red carded.
Both of Aycliffe’s first half tries were scored by powerful centre James Thacker and both were converted by Cocks. Halftime score 14 – 0 to Newton Aycliffe.
The second half turned into a rout. Without their Captain and talisman South Shields Marine School appeared rudderless. The Aycliffe team, on the crest of a wave, continued their domination from the first half. Tries began to flow with Littlefair, Thacker’s third and Adam Gascoigne all getting their names on the score sheet.
A beautifully flighted kick from  Cocks saw Luke Tinkler surge through South Shields’ defence to catch the ball on the full, before beating several defenders to score under the posts. Aycliffe were now so dominate that they emptied the bench, allowing the full squad to partake in the party atmosphere that was developing at the ground. Thacker went on to score his fourth try and Jonny Griffiths beat several players to score his usual excellent try. Cocks finished the game with 6 conversions and a penalty.
Final score 55 – 0 to Newton Aycliffe.
Aycliffe 1st XV have now 4 wins from 4 and sit comfortably at the top of the division. They are away to Hartlepool BBOB this saturday KO 3pm . With the 2nd XV hoping for a pool match at home.
Aycliffe Rugby are sponsored by Emre’s Barber Shop and Whitehouse Funeral Service.
The home of Aycliffe rugby at Moore Lane Sports Club welcomes the community to watch the Rugby World Cup in the bar and lounge.  England play their must win game against Australia at Twickenham. Come on England! Come on Aycliffe! 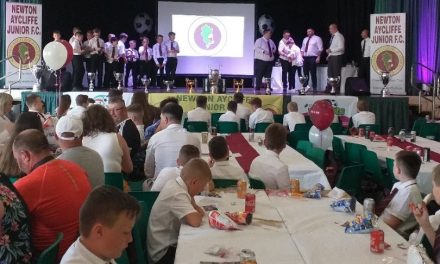 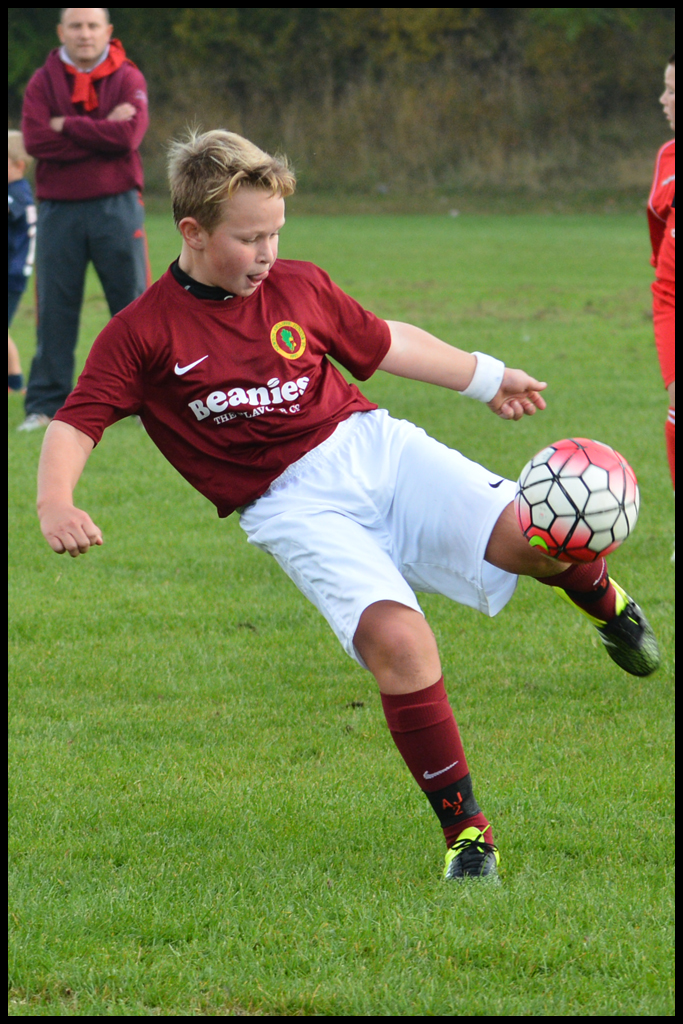